Edit
watch 01:36
We're Getting Mutants in the MCU - The Loop
Do you like this video?
Play Sound
Lyrics

"Like I'm Gonna Lose You" was a demo Trainor composed and recorded "years ago," and was initially not going to make the album. However, Trainor's uncle forced her management to listen to the track. Upon hearing the song, Trainor's manager burst into tears and stated that it had to appear on Title. Trainor then recorded and produced the final version of "Like I'm Gonna Lose You" with a friend and sent it to American singer John Legend, who shared the same management as Trainor. Legend replied, stating, "I love this I want to be a part of it," and later appeared on the track as a featured vocalist. "Like I'm Gonna Lose You" is a duet between Trainor and John Legend, and a subdued, Motown, boilerplate ballad, and tender love song. It serves as a change of pace in sound from the album's preceding tracks, and contains a prominent R&B influence. The song is about loving someone out of fear of losing them. Sims opined that the track gave "Trainor's vocals the main stage", while Legend's vocal tone was described as "sincere", and Trainor's as "soft". The song later on became Trainor's 3rd top ten hit on the Billboard Hot 100, and Legend's 2nd top ten hit. 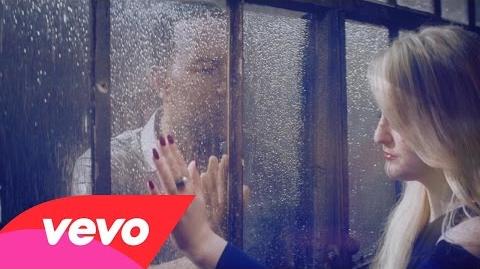 On June 18, 2015, Trainor confirmed that the shooting for the "Like I'm Gonna Lose You" music video had begun. She premiered the music video at Times Square on July 9, 2015.