In 2015, Trainor announced that the album would be released sometime in 2016, and confirmed some musical collaborations with various artists and producers, one of them being with the Virgin Islands duo Rock City. Discussing her influences for the record, Trainor explained "I wanted to go big, I wanted to get all my influences in there and show everything from my caribbean side to my love for Bruno Mars and Aretha Franklin and even some Elvis vibes, anyone I grew up listening to." “It’s definitely a Meghan Trainor album, but it’s a more grown up, matured, intense Meghan Trainor,” she said in an interview with Lost Angeles Times. In a January 2016 interview with Forbes, Trainor confirmed that her first single from Thank You would be picked during the month. The album was made available for pre-order on March 4, on the same day the lead single "No" was released. The song caused the direction of the album to change, as Trainor and producer Ricky Reed started experimenting with new musical styles and produced six more tracks, replacing most of the original tracklist.

The lead single from the album, titled "NO", was released on March 4, 2016. It is a retro-pop song that contains heavy saxophone and electronic elements. Lyrically, the song discusses themes of female independence. It debuted at number 11 later peaking at number 3 on the US Billboard Hot 100. It reached number 39 in its fourth week on the chart. "Me Too" was released as the second single from the album. After the huge success achieved with the singles NO and Me Too, she has picked up Yo Gotti-assisted anthem Better as the official third single from the project.

Thank You received a Metacritic score of 60/100, indicating "mixed or average" reviews. Chuck Campbell, reviewing the album for Knoxville News Sentinel, says, "Trouble is, she still hasn't arrived to 2016...Of course this wouldn't be the first time a 22-year-old hasn't yet figured out just who she is. So maybe her third release will give a clearer picture." Glenn Gamboa, the reviewer for Newsday, writes, "'Thank You' shows how Trainor has become one of pop’s most skilled young stars at crafting songs for her image, but there is still room to grow." 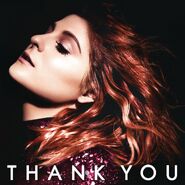 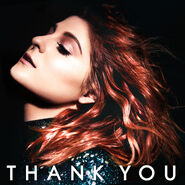 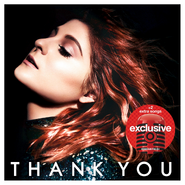