The Love Train is an extended play by Meghan Trainor that was released on February 8, 2019 through Epic Records. It includes six songs that were originally going to be released for her third studio album Treat Myself. Including one of her singles "All The Ways". She released this to make up for the delay of Treat Myself. 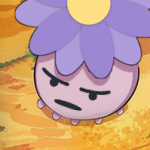