Not to be confused with the EP or Song.

Title is the fourth studio album and debut major-label studio album by Meghan Trainor. The album released on January 9, 2015, by record label Epic. The album comes after the success of her debut single "All About That Bass" which had peaked atop of the Billboard Hot 100.

A deluxe version of the album was sold on iTunes, with 4 extra songs.

Title was entirely written and composed by Meghan Trainor and Kevin Kadish, and produced by the latter. The pair recorded the EP at The Carriage House in Nolensville, Tenessee. It was mastered by Dave Kutch at The Mastering Palace in New York City, New York. Besides writing and composing the record, Trainor was also responsible for its drum programming, percussion instrumentation, clapping, and ukelele melodies, as well as handling the EP's execution production with Kadish. Title was developed using a wide range of other instrumentation; drums, acoustic guitar, electric guitar, and bass—all produced by Kadish. David Baron and Jim Hoke were the only two other musicians involved in the EP's production and were responsible for the record's piano, baritone saxophone, tenor saxophone, and Hammond organ instrumentation. In an interview with The Baltimore Sun, Kadish spoke of the record's conception, "We were like, 'Let's do a '50s EP and see if anybody likes it, just for fun.'" Regarding the title of the EP, Trainor told Popjustice, "So I've called the EP Title. Cos obviously everyone was going, 'what's the title', and I was like, 'hey, I'm clever, I'm gonna make it this'." The name was deemed "creative" by Idolators's Mike Wass. "Dear Future Husband" was later chosen as the third single off the full-length Title and will be released on April 26, 2015, in the United Kingdom, and the single cover for the song was unveiled on March 13, 2015. It will impact mainstream radio in the United States on March 17, 2015.

On October 20, 2014, Trainor tweeted that the album was now up for pre-order digitally through iTunes. The pre-order included all the tracks from her previous extended play Title (EP) and would also include her new single "Lips Are Movin". The album released January 9, 2015, in North America and January 13, 2015, on iTunes, in the United Kingdom the album didn't come out until January 26, 2015, on iTunes and in stores. 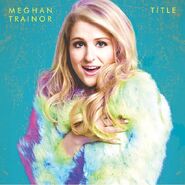 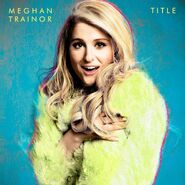 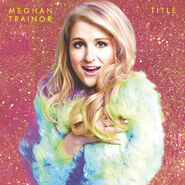